Megan Garza currently lives in Arizona with her husband and two girls, but grew up in a small town right outside of Green Bay, WI. Megan first became an artist shortly after she had her first daughter, Sevi. She was lacking self confidence and struggling with some postpartum depression, so she decided to give Maskcara a try after watching her now-upline for over a year. First time trying the makeup, she actually hated it, but told herself she’d try it a few more times, and boy is she glad she did! It was the first time in almost 4 months that she looked in the mirror and felt beautiful again. Megan knew right then and there that she wanted everyone to feel what she was feeling, and she wanted to help them find themselves again.

Megan actually purchased her kit with her very first paycheck returning from maternity leave. She’s so happy that she did, because not only did she find herself all over again, she’s made a ton of new friendships and has been able to retire from her 9-5 marketing position to be a full time, stay-at-home mom and makeup artist. Megan is so grateful that her upline, Chelsie Morgan, continued to do those tutorials, or she wouldn’t be where she is today. 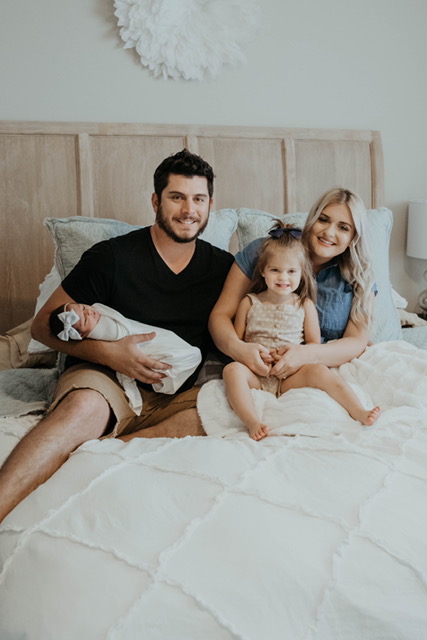 Megan’s favorite Maskcara product would have to be Bella bronzer - there is just something about a sun kissed glow that she can never get enough of. Her favorite place she’s ever visited would have to be Thailand for her honeymoon. She traveled a lot as a child, but Thailand holds a special place in her heart. The beaches there are just gorgeous! Megan is always rewatching desperate housewives. She’s seen the series more times than she can count - it’s just one of those shows where you can turn any episode on and rewatch!

Megan loves anything that has cheese on it. She’s sure her Wisconsin roots are coming out strong right now, but everything tastes better with cheese. She basically adds cheese to anything that makes sense! She also loves an iced coffee from Starbucks. She’s already patiently waiting for pumpkin spice to come back :)