Christina Goldsmith calls Gilbert, AZ home, and couldn’t imagine living anywhere else. She met her husband her sophomore year of high school, and they will be celebrating 24 years together this year. People often ask what their secret is to making it work, and while there's really no secret or magic potion, Christina knows that communication, resilience and the ability to set aside your pride when the situation calls for it has helped them through their most difficult times. Those are characteristics they’ve also worked hard to teach their boys (ages 15 and 19). Now that the boys are older and Christina has more flexibility in her schedule, they adopted their first pets last year - two adorable kittens that immediately stole their hearts. They call them Goose and Maverick.

When Christina first started using Maskcara, she fell in love because it was the only makeup that covered her melasma without making her feel cakey, and it didn't oxidize or separate on her oily skin. However, she never had any intentions of signing up as an artist - she just knew direct sales had a bad rap and wanted no part in that reputation. Besides, Christina hated sales. Then, for the first time EVER, people started asking what she was doing differently because her skin looked amazing. At that time, she hadn't switched any of her skincare products - only her makeup. She was giving out her Artist’s name for color matching on a weekly basis, so her mindset began to shift and she toyed with the idea of becoming an artist AFTER she got her interior design business off the ground. After all, that is what she left her desk job to do and needed to stay focused on.

The following February, Maskcara was closing Artist signups, and since Christina didn't know for how long, she talked to her Artist/BFF about the program more... no inventory, no monthly minimums, buy the kit, pay the back office fee and that was it? It sounded too good to be true, but nevertheless, Christina took it as a sign to get off the fence and bought her kit. She hasn't looked back once - it was by far the best decision she made in 2018. Christina didn't do much as an Artist for the first 6 months after she signed up because she needed to focus on building her interior design clientele and knew that she didn't want to get discouraged with this new direct sales world. She wanted to be able to go all in, which was her second best decision in 2018. So she slowly started doing LIVES, video tutorials and getting virtual color match requests. Once she drank the kool-aid and realized what an amazing culture Maskcara is, she wanted more. Now, Christina’s interior design business is part time to Maskcara versus it being the other way around. Christina loves the culture, the product and the freedom, but most of all, she LOVEs watching the confidence boost in every single woman she gets to introduce to Maskcara. Everything else is gravy. 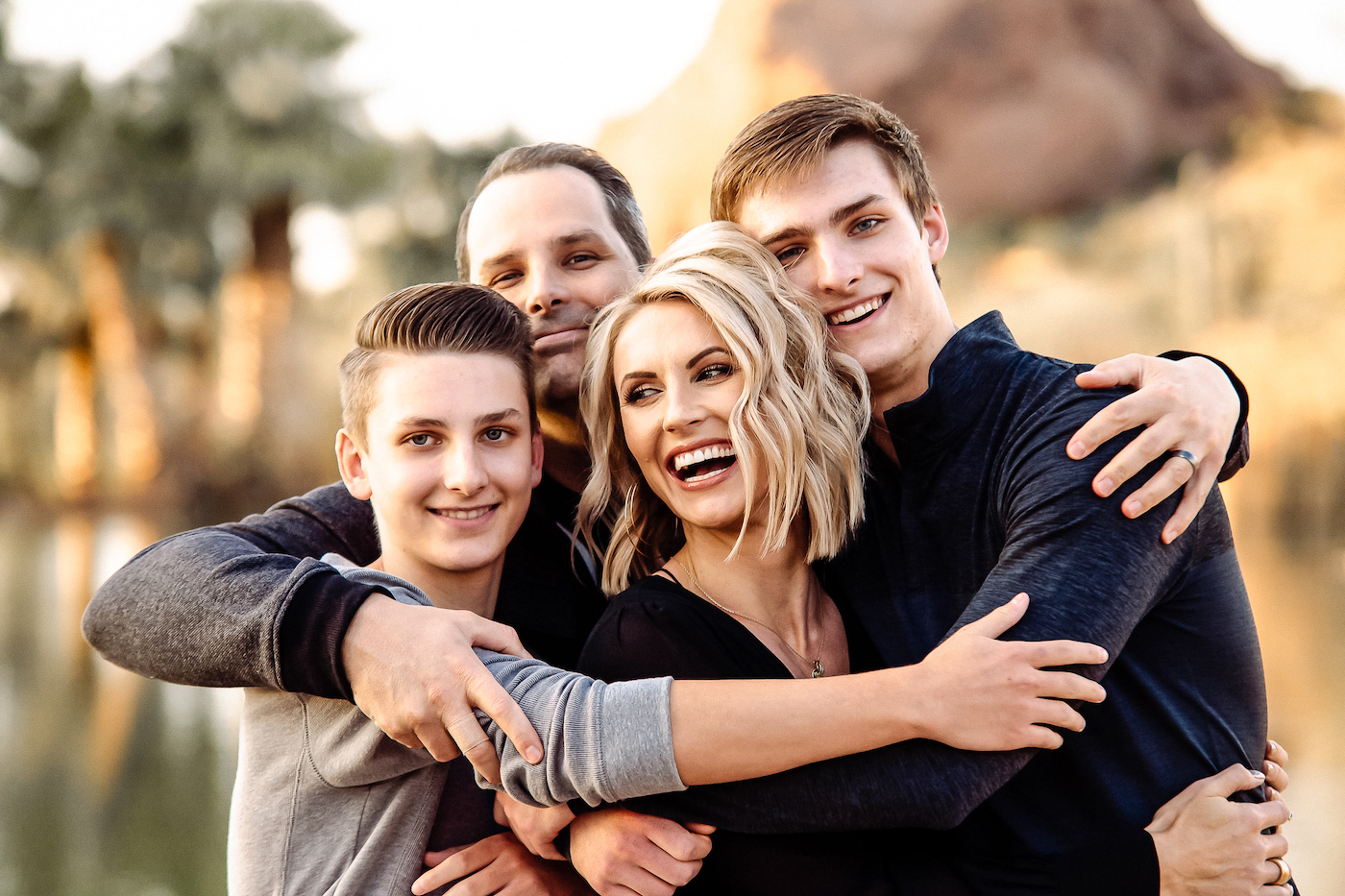 Outside of Maskcara, both Christina and her husband run two businesses of their own, and recently partnered with some friends to open an arcade bar in downtown Gilbert. This is their first brick and mortar company, and it has been quite the learning experience! Christina’s husband has been collecting old school arcade machines for years - they had 20 of those huge things and three pinball machines in their house (a real eyesore for someone who is an interior designer). Did she mention that compromise is another important factor in marriage? Haha! Anyway, it worked out because all of the machines went to the new arcade, and now Christina has some big ideas for the extra space they now have in their house. They opened the doors to the arcade bar on December 27, 2019, and it feels like they live there right now. More than ever, Christina is thankful for the freedom Maskcara provides so she can still fit that in during the chaos of getting this new, rad venture up and running.

Christina’s advice to new artists is don't compare yourself to others, and when you feel like giving up - keep going. Comparison is the thief of joy, and even more importantly - the thief of growth. That moment you feel like you've been doing the same spiel and videos over and over, but it still doesn't feel like you're getting any interest or gaining any traction, is the moment you NEED to keep going. That moment usually means a breakthrough is about to happen and it would be a shame if you did all that work only to stop right before it was about to pay off. Also, consistency is key. Keep showing up, and those people that have been silently taking it all in for months will eventually show up for you too. People have to know, like and trust you before they're going to do business with you, and that doesn't happen instantly for most. Be patient, take it at your own pace, stay focused and remind yourself why you signed up in the first place. Goals are good, systems and processes are better.