Aron Johnson lives in Chapel Hill, NC, and is married to her husband Scott. Together, they have two kids, a boy, Cole, who is seven and wants to grow up to be Steph Curry and in the NBA, and a daughter, Carter, who is five and wants to grow up to be the first female president. No pressure, right?! Aron grew up on the water in Annapolis, MD, went to Virginia Tech and hasn’t lived in Maryland since. After college, she moved to Washington DC, which started her tour of the east coast. After living in New York City for two years, Aron took up fundraising as a career and moved back to Virginia Tech to start in the philanthropy field, after which she soon met her husband online (match.com) and moved to Wilmington, NC. Aron was a major gift fundraiser for UNC Wilmington for ten years, and her job moved them to Chapel Hill, NC so that she could fundraise for UNC Hospitals, specifically the Neuroscience Hospital. Aron’s husband works remotely for Marriott, Intl., so it has allowed some flexibility for their move to North Carolina.

Aron followed Cara's blog back in the day, and loved all of her posts and tutorials. Aron would forward Cara’s tutorials to her family members, and search all over to find the products Cara recommended. When Cara announced that she was going to create her own line, Aron told her husband that she was going to write a business plan and send it to her. Aron wanted in on whatever Cara was going to do, and she especially loves being part of things that are in the beginning stages of development. Aron never did write that business plan, but she did buy a quad from Cara (Sunlit, Ash, Dahlia and Pearl were in the "medium" skin tone quad) and loved it! Cara then announced her goal to start the Artist Program, and though Aron was wary of these types of businesses, she knew that she had to do it, since she was already telling her friends about the blog and the makeup. Aron actually signed up on day one, January 17, 2017, but two weeks later her world got more than a little messy with a family health emergency and her family moving, etc. All that said, Aron returned the unopened kit and was so sad. It took her colleagues at work telling her how much they liked her everyday makeup - in addition to her sister telling her that her friend, Kate Twigg, was an Artist - that she should try again. Aron talked to Kate for six whole months before she got the nerve to sign up. That was in April, 2018! 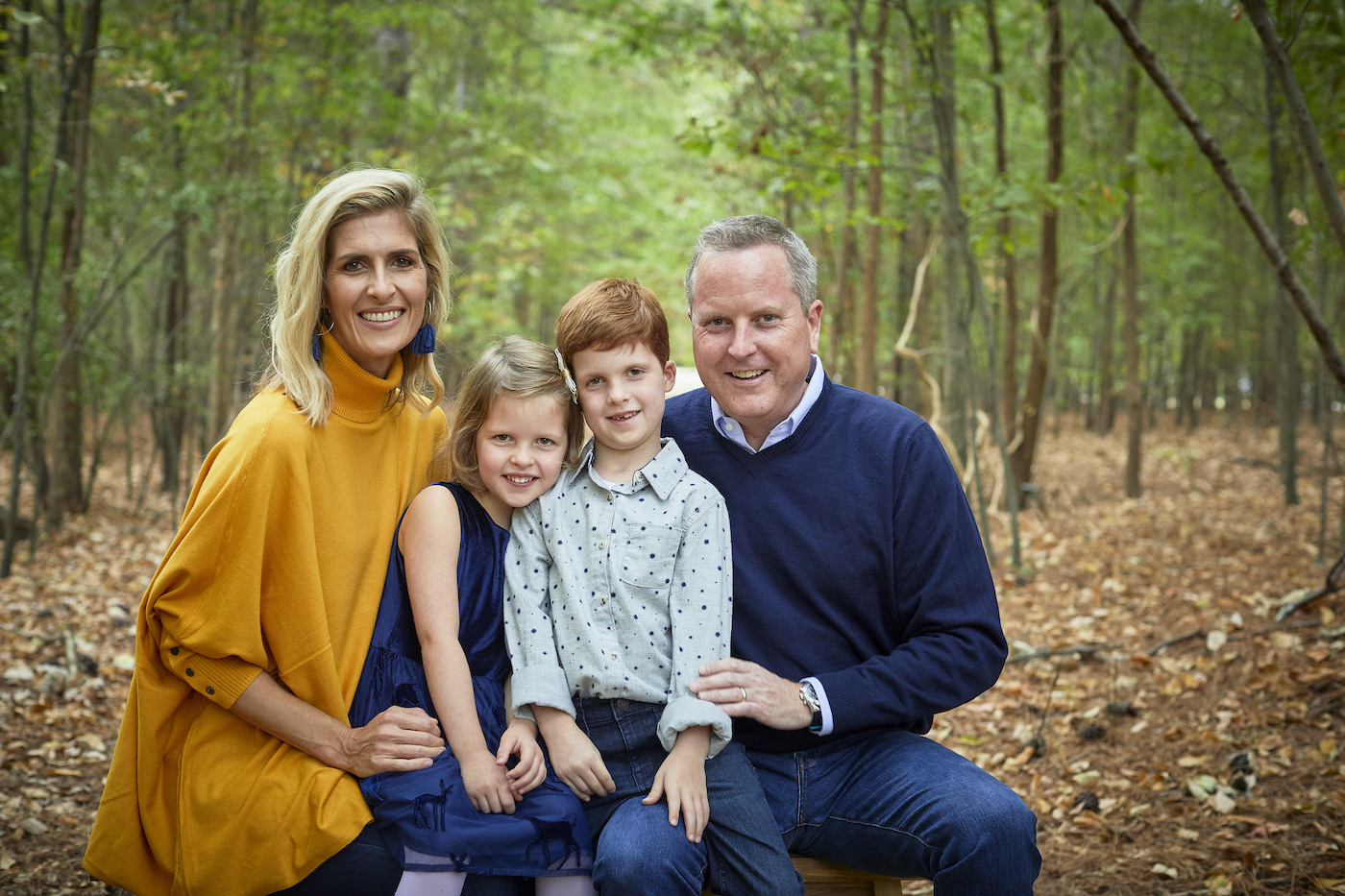 Since Aron’s husband is in the travel industry - and she’s traveled a ton for work - Aron would say going on trips is their favorite hobby to do together. She loves last minute get-aways and adventures, and thankfully Maskcara is a mobile business because they are usually on the go (outside of being quarantined). Aron loves seeing all cultures and cuisines, and this past fall she found herself on a 10 day trip to Dubai and South Africa with her husband, which was incredible! As for the local travel, the mountains have her heart, so we are always trying to plan something for their family of four in the mountains of North Carolina.

Aron attended Maskcara’s first conference, Shine, after being an artist for four months (the second time she signed up), and it changed everything. She could feel the energy, see the potential, and most importantly, make some incredible friendships. Aron hasn’t missed a Maskcara event since, and encourages everyone to go to them if they’re able. Cara and the team have built this business into something so unique, so inclusive and so fun, and it’s something that Aron cannot imagine missing out on. Being an Artist, and sharing the products and the program, is nothing but a joy for Aron, and is the outlet that she never knew she needed. Growing a team isn't something that Aron had initially thought about, but seeing these gorgeous women soar and rock their businesses how they want to is probably one of her favorite parts of all of this.

“This opportunity is one in a million, and I am so honored to be in this space with such incredible women. Cara and everyone at headquarters, thank you. To my team, Kate Twigg and the Twigg Tribe, thank you. I am more grateful than you know, and I promise not to quit again. :)”